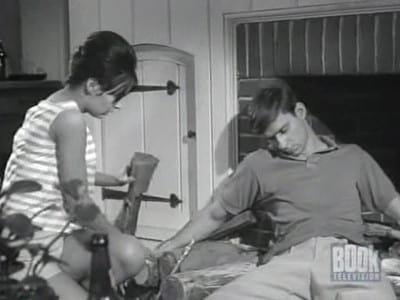 Mark and Alan are frat boys. During a party at a beachfront frat house, Mark challenges Alan to a drinking contest. Alan drinks a full pitcher of beer, but Mark refuses to do the same. Alan becomes angry, but he and Mark eventually pass out. Alan's frat brothers decide to play a joke on him by injecting Mark with a substance to make him appear dead. They place a bloody weapon in Alan's hand, hoping that when he wakes up he'll think he killed Mark. The pranks goes off according to plan until Alan decides to cover up the ""murder"". He buries Mark's body on the beach. When the prank is revealed to him, he desperately returns to the beach. Unfortunately the high tide has washed away all traces of Mark's grave.