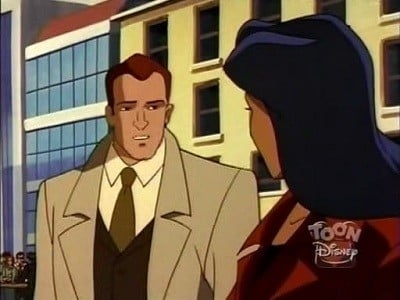 Angels in the Night

The Gargoyles are tricked while attempting to rescue a child in a partially built building. Angela and Bronx are too late to save the rest of the clan as the sun comes up. When the police arrive they capture the still stone Angela and Bronx and put them in jail for all the 'previous crimes' the gargoyles had committed. Meanwhile, the rest of the clan wakes up in Xanatos's care. Xanatos had staged their 'destruction' so the Quarrymen would leave them alone. The clan goes to rescue Angela, who is being transported by train. The Quarrymen attack and the Gargoyles save all the train's passengers, and are immediately accepted by everyone.