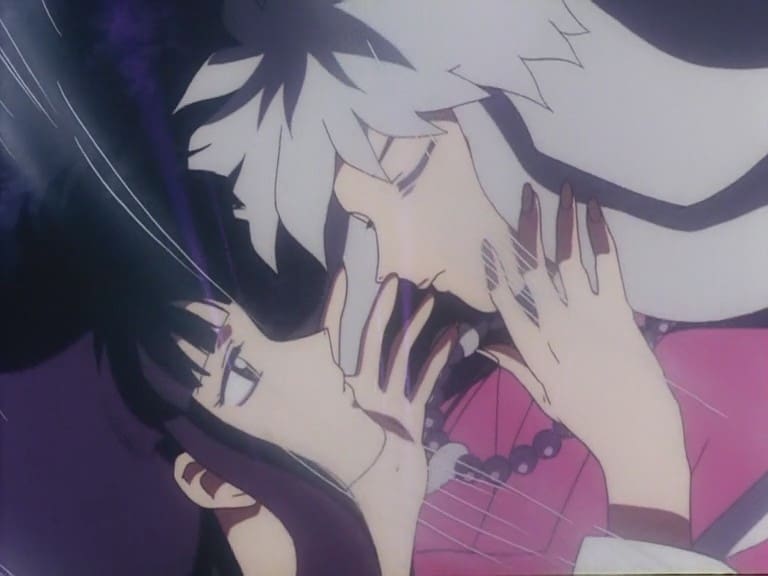 Kikyo paralyzes Kagome. Inuyasha appears before her. Kikyo has been gathering the souls of dead girls. She vents her grudge against Inuyasha. Inuyasha reveals that he has never forgotten her. When Inuyasha kisses Kikyo, Kikyo tries to drag him to hell. But Inuyasha hears Kagome's voice and regains consciousness.