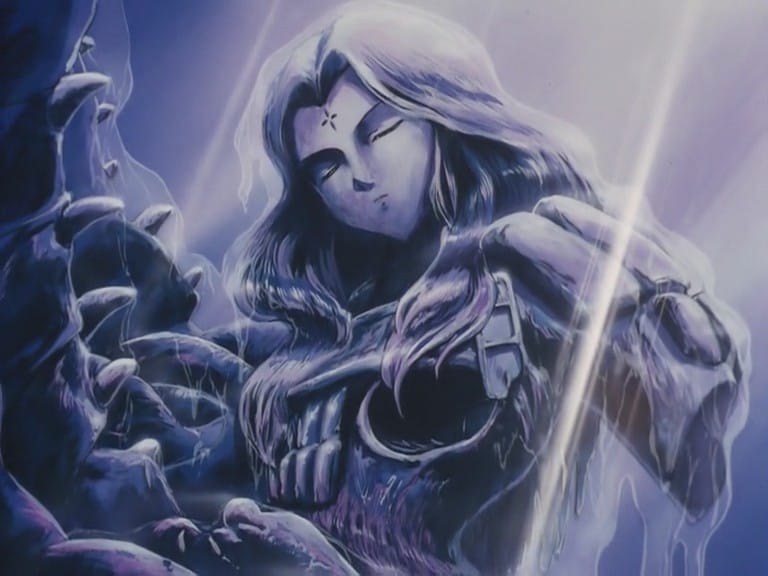 The Secret of the Sacred Jewel Revealed

Sango reveals the secret story of the Shikon Jewel's birth. Midoriko, a priestess with powerful spiritual powers, fused with many demons after a battle to the death. She absorbed the souls of the demons into her own, punched out her soul, and died. Her soul is the Shikon Jewel.