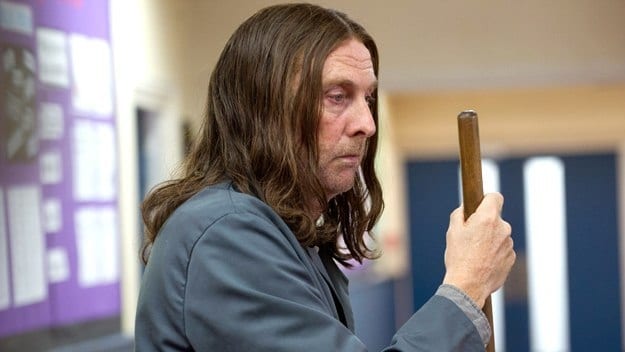 As a member of the PTA, Mimi demands respect. But when the teachers threaten to quit over the return of a notorious troublemaker and Mimi's quick to dole out advice, Headmaster Banbury couldn't care less. When Mimi hears that the school will be failed by School Inspector Edward Clayhill, she decides to save the day. But not without the help of the Chatsworth residents. Meanwhile, Jamie tries to contact his half-brother Kassi, but after the punch-up in the Jockey, Kassi won't pick up the phone. When Kassi fails to show for a drink, Jamie's forced to recognise that maybe having a new brother isn't going to work. Elsewhere, Frank discovers an unexpected perk of being janitor at the school: 24-hour access. Quick to take advantage, Frank invites the Gastric Bandits for an after-hours drug-fuelled romp, whilst Gloria and Dom continue to hide their sordid affair. But how long can they keep their disgraced secret?