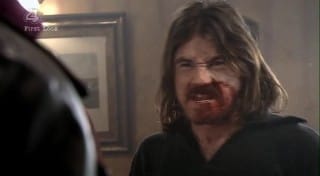 While enjoying another secret rendezvous, Debbie and Tom are forced to come to the aid of an assaulted woman, but things go horribly wrong when Tom gets arrested on suspicion of being the attacker. Only Debbie can supply his alibi, but not without putting both of them in a compromising position. There's a gruesome showdown between Shane and Paddy over Shane's girl, leaving Mimi torn between her love for her husband and the love she feels for her son. When Norma wakes up in a stranger's jogging bottoms after a night on the tiles, she sets off on a wild goose chase to find out whoever it was she slept with.