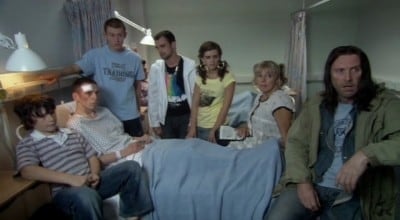 Ian is attacked and left shaken and confused as to what he could have done to provoke it. When the stranger strikes again, Ian is left hospitalised and there's more bad news when he regains consciousness: he's got amnesia. Suddenly he's an alien amongst his own family and friends, and even his own sexuality is a mystery. Meanwhile it's Debbie's 16th birthday. Tom decides it's time to go public with their relationship, but Debbie has doubts about whether their relationship was ever really serious. Kelly has bad news for Shane about her pregnancy; Frank and Monica are faced with an impossible challenge when they hear the voice of newborn baby Stella: but do they want to know what she has to say about her parents and Chatsworth? And Ian's amnesia brings him a whole new perspective on his life, leaving him questioning if Chatsworth is the place for him after all.