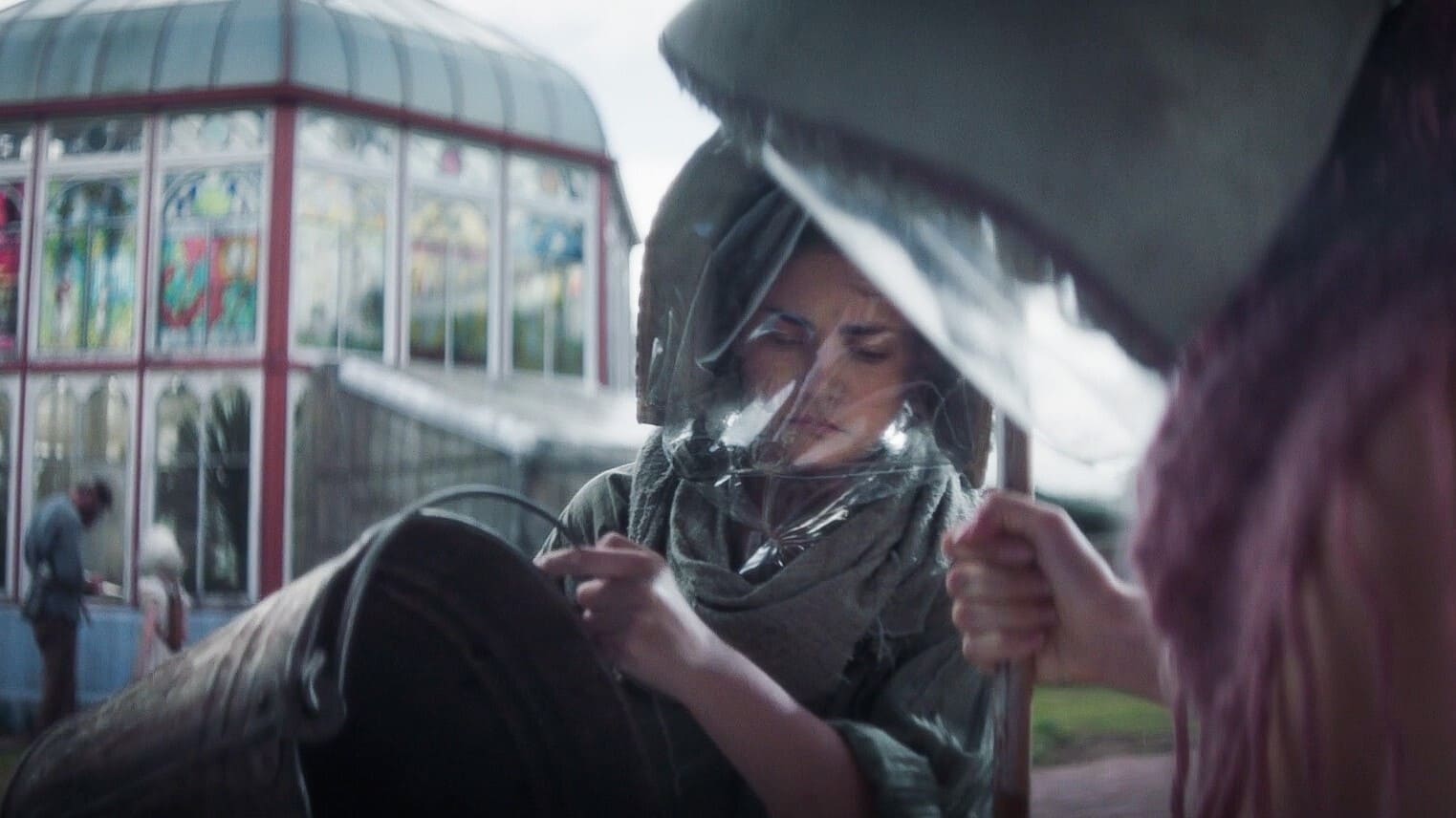 A mother and her three daughters — romantic Bee, sensible Evie, and child of nature Daisy — occupy the titular glass building, which has been completely sealed off to protect its occupants from a dementia-inducing toxin called the Shred that’s poisoning the air outside. Fearful of becoming like the lost souls who wander the abyss outside, the family keep a grasp on their past by performing sacred rituals. When Bee breaks the rules and lets an injured stranger into their midst, the family dynamic is shattered forever, as hidden truths upend the illusions the women have worked so hard to protect.