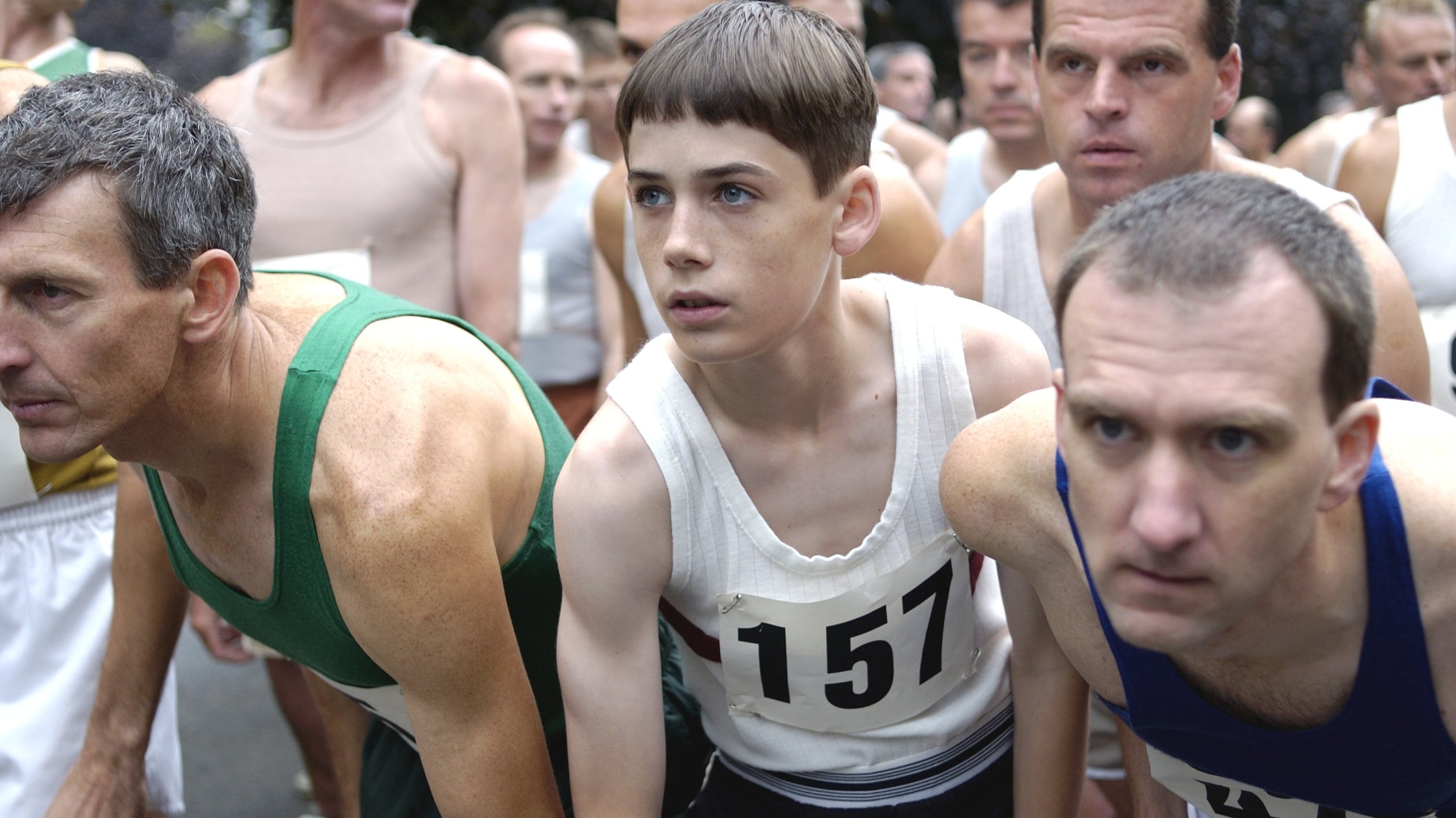 This Canadian made comedy/drama, set in Hamilton, Ontario in 1954, is a sweet and - at times - goofy story that becomes increasingly poignant as the minutes tick by. It's the fictional tale of a wayward 9th grader, Ralph (Adam Butcher), who is secretly living on his own while his widowed, hospitalized mother remains immersed in a coma. Frequently in trouble with Father Fitzpatrick (Gordon Pinsent), the principal of his all-boys, Catholic school, Ralph is considered something of a joke among peers until he decides to pull off a miracle that could save his mother, i.e., winning the Boston Marathon. Coached by a younger priest and former runner, Father Hibbert (Campbell Scott), whose cynicism has been lifted by the boy's pure hope, Ralph applies himself to his unlikely mission, fending off naysayers and getting help along a very challenging path from sundry allies and friends.