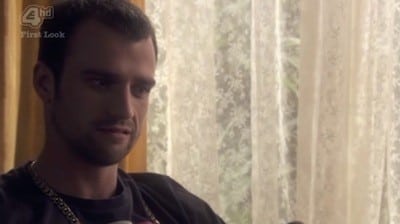 Karen's obsessive drive to prove herself more than just a mum has Jamie worried. With the help of a trampoline and a battalion of baton twirling majorettes her body is in perfect shape but her mind is in danger of unravelling, leaving the Maguires to pick up the pieces. Liam's pursuit of his first true love is threatened when he becomes tangled in a web of his own lies. His desperate attempts to conceal his Chatsworth life are shattered when Frank is summoned to the school. Maxine's life is thrown into turmoil when she is presented with an urgent choice. At the time she needs Carl most she finds him following in Frank's footsteps at the bottom of a pint glass. She turns to Ian for support. Elsewhere on Chatsworth, Yvonne is in debt and out of her depth when Paddy comes collecting. The Karibs concoct a plan leaving the shop under new management, Paddy enraged and Chesney starting a new independent life. Meanwhile, Mickey finds a plumber to help him with his neglected pipework.