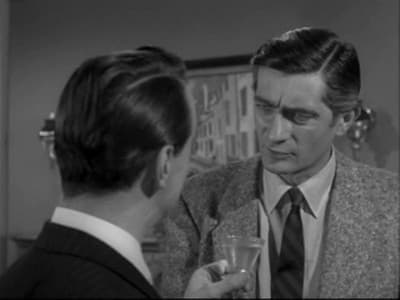 Martin Ross is a district attorney running for governor. His brother Richard murders his opponent in the race. Martin and his wife Laura confront Richard, but Richard pulls a gun on them and holds the captive. The next day, Martin gets a call from the sheriff: they are holding a boy for the murder of Martin's opponent. Richard agrees to let Martin interrogate the boy, but he does not let Laura go. Martin forces a false confession out of the boy. Martin takes the confession to his brother. Richard doesn't think its good enough. He wants to wait until the boy is executed. A struggle occurs and Martin is knocked unconscious. Richard tries to escape, but is stopped by the boy's mother. She believes Richard is the district attorney and stabs him.