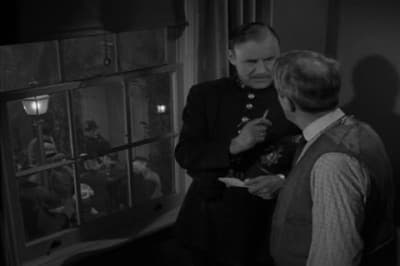 The Hands of Mr. Ottermole

A murderer has been strangling people in the London fog. A reporter manages to continually make it to the crime scene before the police. Later, the annoying reporter discovers that the strangler is a policeman. He finds out too late and is killed by the policeman because ""Ideas came into his hands"".