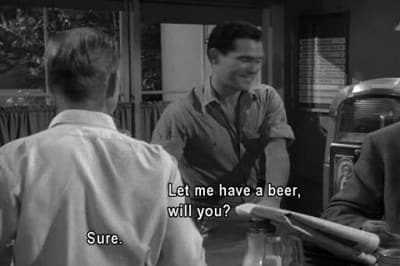 Clarence Rankin's promiscuous wife Irene cheats on him constantly. Sadly, he knows nothing about it. One day, two of Clarence's friends stop by his house. They see him filling a large hole in his basement with cement. Since they don't see Irene, they believe that Clarence has found out about her cheating and killed her. Instead of going to the police, they talk to Clarence. They tell him that, given her cheating, his actions were probably justified. Clarence denies everything and says that his wife is on a trip. His friends leave after saying they will keep quiet. Later, Irene returns. Now knowing the truth, Clarence asks her to come down to the basement.