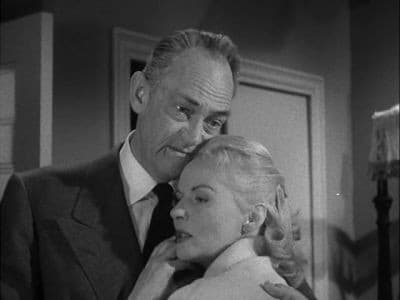 Sylvia is a young woman who is contemplating suicide. Her ex-husband Peter married her for money. When her father discovered this, he forced him to divorce her. Sylvia is in touch with Peter and wants him back. Peter calls her father and tells him that he will to stay out of her life for a price. Sylvia's father tells her about his blackmail scheme. She tells him that she bought a gun to use on Peter if they did not get back together. She goes to her room alone and his followed by her father who fears she might kill herself. When he comes in, she shoots him saying that he never let her live her own life.