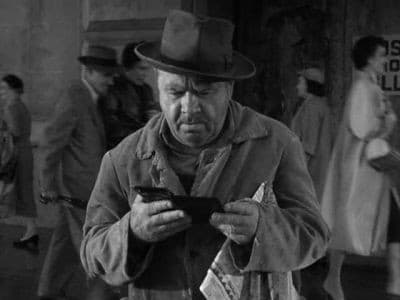 John Gaminsky finds a wallet containing a lot of money. He sees an ad in the paper asking for its return. His wife tells him to give the wallet back, but John lies to her and tells her already did so. When she sees the ad again, she realizes he kept the cash for himself. She gives him a choice: either ket her shop at an expensive store or she'll call the police. John opts for the former. When she goes on a buying spree, however, he realizes there is not enough to share. His wife comes to the same conclusion.