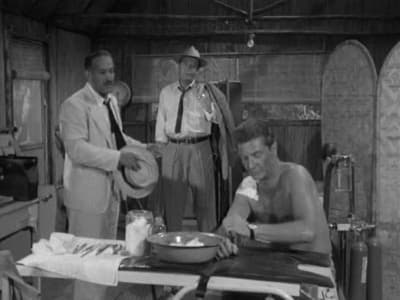 Bret Johnson and Joe Philips work at an isolated construction site. When Joe hears a news broadcast about the murder of a construction boss, he tells Brett that the murder was justified. Later the two men risk their lives and save a trapped fellow worker. As the prepare to leave, Joe pulls a gun on Brett and accuses him of being a cop here to arrest him for murder. Brett tells him that he is a cop, but that he will testify on his behalf in court because he has shown himself to be a good man in saving their co-worker's life.