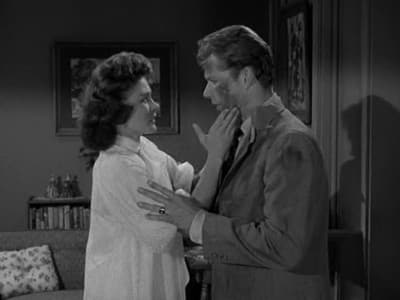 A Night With the Boys

After losing eighty dollars in a poker game, Irv worries about explaining his losses to his wife. He fakes being mugged and reports it to the police. The next day the police tell him that his mugger has been caught. Unwilling to condemn an innocent man, he agrees not to press charges if his money is returned to him. The mugger gives him eighty dollars. Later Irv visits his poker pals. He discovers that one of them was mugged the night before and was robbed of the eighty dollars he won from Irv.