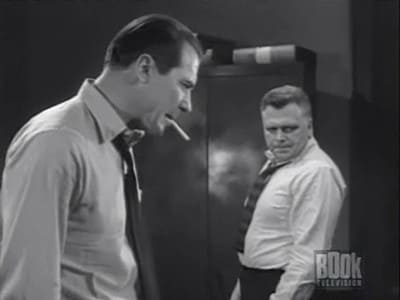 Not the Running Type

Milton Potter steals twenty thousand dollars from the firm where he works. He then turns himself in. He, however, does not return the money. Twelve years later he is released from jail. Suprisingly, he returns the money and goes on a cruise. He had kept the money in banks and wants to live the rest of his life on the interested it earned while he was in jail.