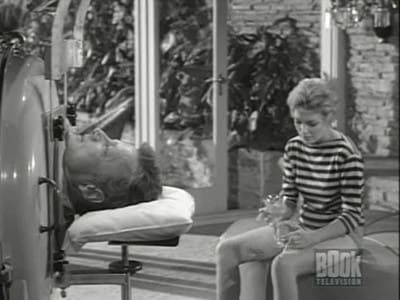 Dave Rainey must breathe using an iron lung. He worries that his wife Cindy will leave him for another man or, worse yet, kill him. Cindy becomes interested in a man named Arnold Barrett. She unplugs Dave's iron lung but quickly plugs it back in. She tells him the doctor doesn't want Dave to become dependent on the machine. Later, Arnold kills Cindy. Arnold was a hitman who was hired to protect Dave from Cindy.