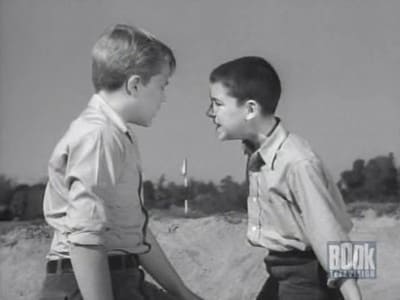 The Day of the Bullet

Clete Vine discovers that his boyhood friend turned ganster Iggy has been murderer. He recalls the origin of Iggy's life of crime. Thirty five years ago a young Clete and Iggy saw a thug named Mr. Rose attacking a man. Clete was too scared to say anything while Iggy went to the police. Rose, however, was released. Later Iggy's father is intimidated by Rose and accuses his son of making up the whole story. Alienated, Iggy turned to a life of crime and later died from it.