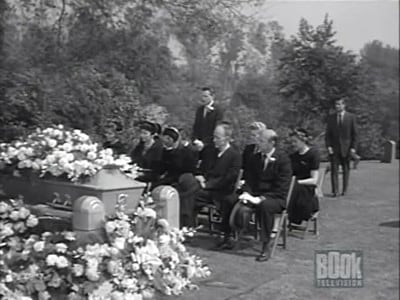 Gerald Clarke is held up at gunpoint by a boy who has just robbed a liquor store. The boy runs and Clarke follows. Using a gun provided by the store's owner, he shoots the boy four times in the back. Later the police arrive and discover that the boy's gun was not loaded. They rule the killing an act of self-defense and release Gerald. Later Gerald goes home and is confronted by the boy's mother. She holds a gun on him and asks why he killed her son. Clarke explains that he was frightened. The woman turns and begins to leave. As she goes, Clarke grabs the gun and shoots her. He screams ""I told you not to pull that gun on me"" to the woman's dead corpse.