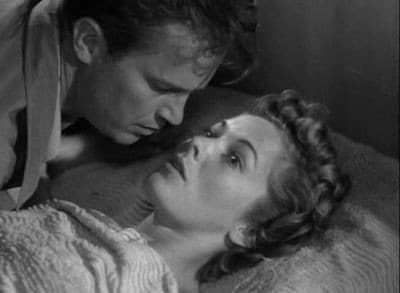 After having a nervous breakdown, former ballet dancer Elsa Spann has to give up her career and spend her time living in a trailer park with her husband Carl. One evening, Carl returns home and finds the everything in disarry. Elsa tells him that she was attacked by a man who almost killed her. Instead of going to the police, Carl decides to get his own revenge. He takes Elsa to the car and they go for a drive. On the way she identifies a man and says he attacker her. Carl follows the man and later kills him. When Carl and Elsa are on their way home, however, Elsa sees another man. She, then, claims that he was the man that attacked her. As the police pull up behind them, Carl realizes that his wife has gone crazy and that he has just killed an innocent man.