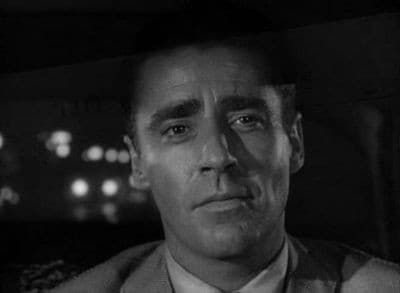 Charlie Raymond is a gambler. He bets on the horses and loses. He owes a lot of money and, hence, needs to get out of New York. He looks in the newspaper and finds an ad. Someone is looking for a fellow Londoner to drive him to San Francisco. Raymond meets with the man who placed the ad. He is named Hendricks. Hendricks gives Raymond the job. They travel across country. Raymond secretly goes through Hendricks briefcase as they travel. The papers within prove that Hendricks must get to San Francisco in order to claim a sizable inheritance. As they drive through the Nevada desert, Raymond kills Hendricks and leaves his body. Raymond drives on to San Francisco. He now claims to be Hendricks. As he goes to collect he money he walks into a trap set up by the police. There he unwittingly confesses to murder.