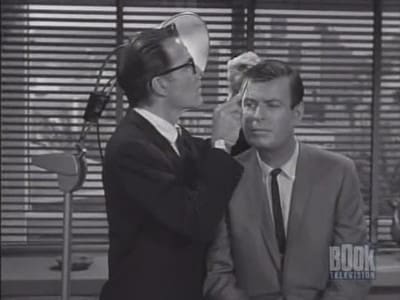 While passing a construction site a young man is hit on the head an gets amnesia. He can't remember who he is or where he was going. The only clues he finds in his wallet: a thousand dollar bill and the name of Dr. Ralph Mannix. He visits Mannix, but the doctor doesn't recognize him. The doctor suggests that something familar may trigger his memories to return. He sees a picture of the doctor's wife and wonders whether he has a wife of his own. Later his memory returns. He realizes that the thousand dollars was from the doctor's wife. He's a hitman and she hired him to kill her husband. He visits the doctor again and fulfills his contract.