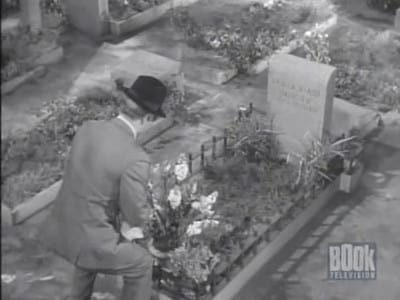 What Frightened You, Fred?

Fred Riordan is a recent parole who gets into a bar fight and is thrown back into prison. The prison warden, who is also running for governor, and the prison doctor believe Fred is simply afraid to cope with the outside world. They try to find out why. Fred tells them that when he got out of prison he went to his old neighborhood and realized that no one wanted him around. He tells them that he was contacted by a mobster named Tony Wando who wanted him to kill an associate of his. Fred tells them that he pretended to go along with it, but arranged to go back to prison to get out pf the deal. Warden Bragen feels sorry for Fred and arranges for him to get a comfortable desk job in the warden's office after a month of laundry detail and good behavior. This is perfect for Fred because it is Warden Bragen that he was in fact contracted to hit.