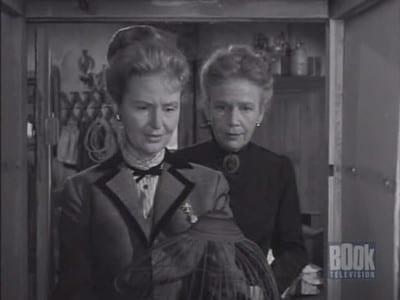 A Jury of Her Peers

Millie Wright is arrested for the murder of her husband. She is later released for lack of evidence. Millie's neighbor Sarah Hale and the sheriff's wife Mary Peters decide to do some investigating on their own. They find evidence that Millie is the murderer, but they also discovered that Millie's husband was a violent brute who probably deserved what he got. Instead of turning in the evidence, the two decide to say nothing.